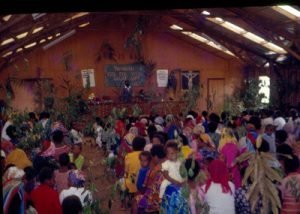 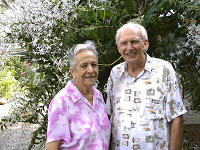 The Ialibu basin is a region in central Papua New Guinea consisting of a small village group in the Southern Highlands Province (SHP) established at the foot of Mt. Ialibu around a government station and airstrip from the early 1950’s at the base of Mt Ialibu at an altitude of around 7000ft. The weather is damp and cool with little seasonal changes which makes for dense jungle surroundings though global warming has also effected the climate here and thus the natural vegetation of the region, which in turn has effected the local grass-root’s economic and social structure significantly. Gospel Tidings Mission was established during the 1950’s and early 60’s. The work entailed the establishment of a church, schools, a clinic and the eventual establishment ofa local governing committee for the church with locally chosen pastors and elders.

Over the years since national independence from Australia in 1975, the government has taken over providing schools – primary, secondary, college and university – and education as well as hospitals and medical services. Recently due to major corruption and mismanagement of the national budget, medical services have been cut back and 1st – 3rd grade education including basic literacy skills such as reading and writing have been turned over to local village responsibility – the staff being made up of adult 4th-6th grade school graduates – again mostly due to the lack of schools and finances. This is a major set-back both on the local and national levels as, among other things, the future of the nation is at stake leaving the country wide open for opportunists and those eager to exploit the huge natural resources in the country. Worse, this has undermined the many years of Christian labour, causing the country to fall back into witchcraft, and ancestral ways along with opening the door to false religions from without.The regions along the coast have had over a century of missions and Christian evangilisation whereas the Highland jungles were first explored after WW II and mission work started during the 1950’s. So the fields are ripe for harvest.

Till the end of 2017, the Mission Station had a functioning elementary school 1st – 3rd grade – however much help is needed in re-organising and managing the education of the small children. At present we are discussing whether to continue this year, 2018, as a semi private Advanced Christian Education institution. Further opportunities are not lacking for almost any initiative, involving bible classes and other activities for the youth such as camps, retreats, out-reach and establishing a Bible-school program. The conditions are not without risk both physical and spiritual however this is The Lords work and in His hands we put our trust. Though not the primary goal, further help is needed regarding social services, such as basic medical first aid parallel to the deteriorating national services and is another open door for ministries.

The Church has been going through some changes and a new generation of believers who are on fire for the Lord are leading a new revival in the village and local area. So we are greatful to see how God is still working among all those who seek Him. As you can see from the Newsletter the fellowship has undergone many changes over the past few months.

Thank you again for your prayers

If you feel called to help in any way please feel free to contact us.